Betty is an analogue collage artist and licensed image reviver from Amsterdam, the Netherlands.
Using just scissors and glue, she rescues people and animals from vintage magazines and offers them a second chance in life. In her collages, she captures a snapshot from their adventures, uniting the mundane with the mysterious, the bygone with the boundless.
When she’s not re-appropriating castaway imagery, Betty’s racing her albino ostrich along Amsterdam’s rooftops or watering the three bonsai ferrets she grows on her balcony. 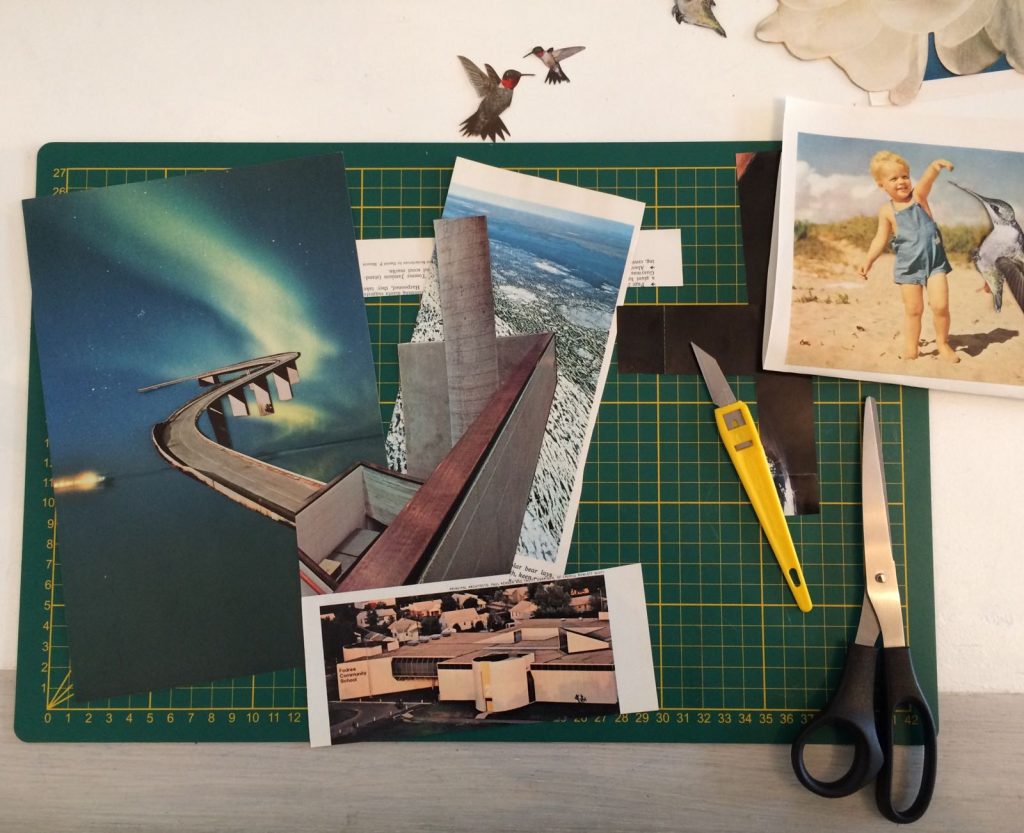